Students, faculty and staff of IIM Sirmaur, the students of colleges and schools of Paonta Sahib and the civil society participated. Nearly 300 participants gathered at the Gurudwara grounds of Poanta Sahib for the 4.5 Km marathon running through the streets of Paonta Sahib and finishing at IIM Sirmaur Campus. Director of IIM Sirmaur, Prof. Neelu Rohmetra also participated and completed the entire 4.5 Km stretch and stood as a great inspiration to the participants. The marathon witnessed great support and participation from other educational institutions and local citizens, besides the in-house student community at IIM Sirmaur.

Before the start of the marathon, National Unity Day Pledge was administered by the student representatives to all the present. True to its name, UDVEG, as event was full of enthusiasm, excitement and exhilaration from start to finish. Important guests who graced the occasion included Sardar Kulwant Singh member of Gurudwara committee at Paonta Sahib, Mr. Anil Saini and Mr. Arun Goyal from Rotary Club. The event was co-sponsored by the Hungry Point, a local fast-food restaurant and an NGO that supports project Harit Yamuna & promotes clean Yamuna.

Towards the close, the prize distribution ceremony was held at the Campus. Mr. Pankaj Kumar stood first in the marathon, followed by Mr. Achhar Singh and Mr. Banti Kumar securing second and third position respectively. All of them are the budding racers of Paonta Sahib and exhibited their potential to become sprinters at the national level. The top three winners were felicitated by the Director of IIM Sirmaur with medals and cash prizes in the presence of esteemed guests. Participation certificates were given to all the participants who completed the marathon. The Director also congratulated the members of Sankalp the CSR Committee of IIM Sirmaur for excellent planning and execution of the event involving district administration, Police authorities and Paonta Sahib Community. 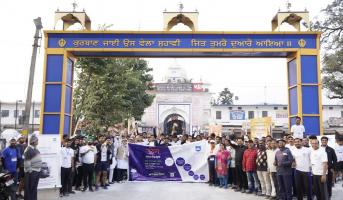 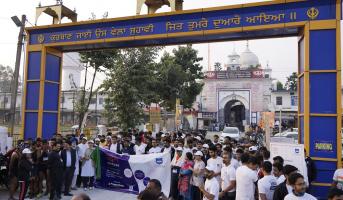 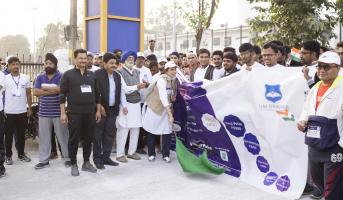 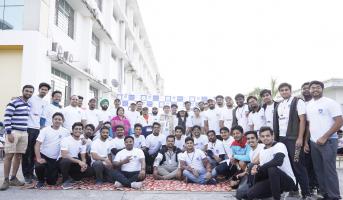 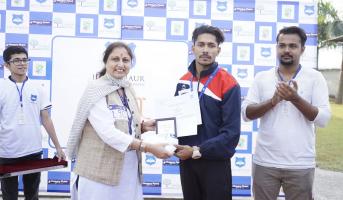 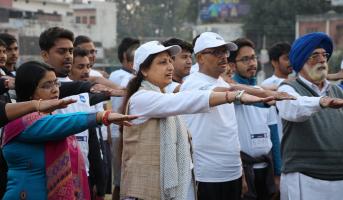 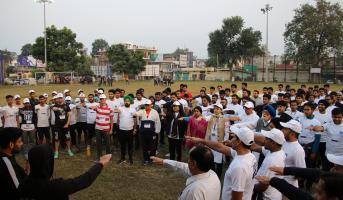 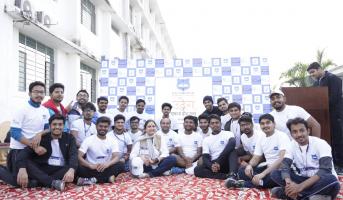